Bringing Justice and Compassion to Clients for Over 30 Years
Contact Us for a Free Consultation
Home
Attorneys
Barry D. Edwards Esq. 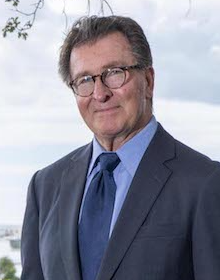 Barry is a full-time trial lawyer with over 40 years' experience. He graduated from the University of Georgia Law School in 1975, and spent the first 12 years of his career practicing in Aspen, Colorado.

While in Aspen, he was private counsel to the city and the county governments,represented a major local bank, and worked toward development of commercial and residential projects, with related land use processes.

He litigated complex land use and real estate zoning, entitlements and permitting cases, tried commercial disputes, and defended the accused in Colorado's state and federal courts.

Barry came to Honolulu in 1987, joining the litigation section of the Torkildson Katz firm. After three years there, he left the partnership to join Gentry Development Company, where he served as Ewa project director for the large planned community development.

He returned to law practice in 1996, focusing on commercial litigation and criminal defense.

Barry applies his broad experience to client matters in a practical, fair, hard-working and "tough where needed" way. His goal is to work from the beginning of any matter toward its most effective outcome. He believes that a client's legal needs are much too important for indecision or unnecessary delay. He strives to accomplish clients' goals efficiently and cost-effectively. Barry has obtained jury verdicts of "not guilty" in federal prosecutions for fraud, embezzlement, slavery; successfully defended serious federal drug crimes. In the four decades he's practiced law, he has formed businesses, assisted in real estate acquisitions and sales, represented clients in commercial leasing and business transactions, and represented parties in commercial arbitration and mediation.

Barry became Of Counsel to Bickerton Law Group LLLP in 2016.