Bringing Justice and Compassion to Clients for Over 30 Years
Contact Us for a Free Consultation
Home
Attorneys
Jeremy O'Steen Esq. 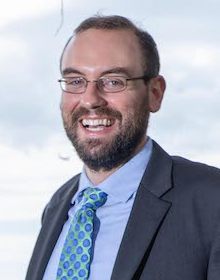 Jeremy Kyle O'Steen is an associate attorney at the Bickerton Law Group LLLP with a passion for community safety. Jeremy seeks to raise the bar on safety standards for all by holding negligent corporations and individuals accountable and pursuing justice for clients injured as a result of defective products, medical malpractice, nursing home negligence, and premises liability.

Most recently, Jeremy clerked for the Honorable Melvin H. Fujino on the Big Island in Kona, where he worked to uphold the rule of law within the justice system for the State of Hawai‘i. Prior to that, Jeremy worked as a trial attorney for Atlee Hall, LLP in Lancaster, Pennsylvania, doing personal injury litigation with an emphasis on consumer safety and product liability. Jeremy also served as an extern for the United States Magistrate Susan E. Schwab in the U.S. District Court for the Middle District of Pennsylvania.

Along with a law degree, Jeremy also holds separate degrees in Religious Studies and Philosophy. When he's not in the office, you can find Jeremy outdoors with his wife and their dog.

J.D., Dickinson School of Law of the Pennsylvania State University, 2014

State Bar of Hawaii
Member Since: 2017

Commonwealth of Pennsylvania
Member Since: 2014