Bringing Justice and Compassion to Clients for Over 30 Years
Contact Us for a Free Consultation
Home
Attorneys
Stephen M. Tannenbaum Esq. 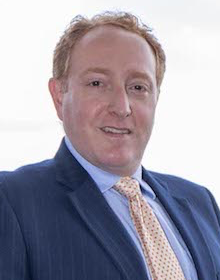 Stephen has historically represented clients in a wide range of civil, commercial litigation matters. He was born in New Jersey, raised in Wilmington, Delaware, attended university in Philadelphia, Pennsylvania at the Wharton School of Business at the University of Pennsylvania, and went on to obtain his juris doctoris from New York University School of Law in 1995, after which, he remained and practiced in New York for 10 years at such international firms as Milbank Tweed Hadley & McCloy and Morrison & Foerster. Stephen moved to Hawai‘i in 2005 and joined the firm of Alston Hunt Floyd & Ing, where he practiced as a commercial litigator specializing in complex commercial matters until 2012. After a short stint as a solo practitioner, Stephen joined Bickerton Law Group LLLP as of counsel in January 2014, and became a partner in January 2019.

Stephen is proud to have represented an array of clients, from individuals and small “mom-and-pop” businesses to large companies and global financial institutions, in complex, civil litigation and contract dispute matters. Stephen has appeared in federal, state and local courts on matters including but not limited to, bringing and defending claims under the Uniform Fraudulent Transfer Act, Truth in Lending Act, Consumer Leasing Act, Real Estate Settlement Procedures Act and Fair Debt Collection Practices Act, Unfair and Deceptive Trade Practices Act, and claims against hotels under Title III of the Americans with Disabilities Act, as well as representing individuals in connection with homeowners’ association and condominium board disputes, trust matters, real estate tax appeals, contested state and IRS audits, disputes regarding Deposit Receipt Offer Agreements and numerous other varieties of contract dispute. Stephen has also worked on a number of significant pro bono matters here in Hawai‘i, including class actions representing minor inmates at the Hawai‘i Youth Correctional Facility, homeless children in connection with their public school education rights under the federal McKinney-Vento Act and the Zoo Fence Artists’ historical use of Kapiolani Park.