Bringing Justice and Compassion to Clients for Over 30 Years
Contact Us for a Free Consultation
Home
Attorneys
Bridget G. Morgan-Bickerton Esq. 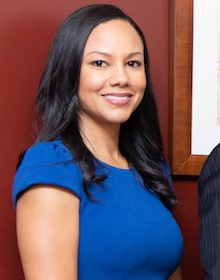 Bridget represents clients in a wide range of civil and commercial litigation matters, with an emphasis on consumer class actions. Her experience includes representation of injured consumers against hotels, restaurants, banks, and other corporations, of debtors, creditors, and bankruptcy trustees in bankruptcy litigation matters, and of citizens and public figures in civic matters of public importance. Bridget has practiced in the State, Federal District, and Bankruptcy Courts of Hawaii and Washington State, the Ninth Circuit Court of Appeals, and has argued before the Ninth Circuit Bankruptcy Appellate Panel. Bridget was named a Rising Star by Super Lawyers from 2013-2017 and was recognized by Washington Law and Politics Top Women Lawyers in Washington State in 2014.